“Success is often achieved by those who don’t know that failure is inevitable.” — Coco Chanel, fashion designer

“If your teacher, coach, or mentor believes you can do something, you’re more likely to do it.” — Gwen Moran, FastCompany

“Success is no accident. It is hard work, perseverance, learning, studying, sacrifice and most of all, love of what you are doing or learning to do.” — Pele, Brazilian soccer player

“People who say it cannot be done should not interrupt those who are doing it.” — George Bernard Shaw, playwright

“I do not know anyone who has got to the top without hard work. That is the recipe. It will not always get you to the top, but should get you pretty near.” — Margaret Thatcher, former Prime Minister

“I am who I am today because of the choices I made yesterday.” — Eleanor Roosevelt, First Lady of the U.S.

“Whatever we believe about ourselves and our ability comes true for us.” — Susan L. Taylor, journalist

“Sometimes, you have to give up. Sometimes, knowing when to give up, when to try something else, is genius. Giving up doesn’t mean stopping. Don’t ever stop.” — Phil Knight, co-founder of Nike

“If I have seen further, it is by standing on the shoulders of giants.” — Isaac Newton, mathematician, physicist, and author

“The only thing standing between you and outrageous success is continuous progress.” — Dan Waldschmidt, business strategist

“I’m a great believer in luck, and I find the harder I work the more I have of it.” — Thomas Jefferson, American Founding Father

“Setting goals is the first step in turning the invisible into the visible.” —Tony Robbins, American author, and speaker

“On any given Monday I am one sale closer and one idea away from being a millionaire.” — Larry D. Turner

“Talent is cheaper than table salt. What separates the talented individual from the successful one is a lot of hard work.”— Stephen King, author

“Hard work is a prison sentence only if it does not have meaning. Once it does, it becomes the kind of thing that makes you grab your wife around the waist and dance a jig.” — Malcolm Gladwell, journalist, speaker, and author

“He who is not courageous enough to take risks will accomplish nothing in life.” — Muhammad Ali, Black professional boxer and activist

“There are no traffic jams on the extra mile.” — Zig Ziglar, author, and motivational speaker

“All our dreams can come true, if we have the courage to pursue them.” — Walt Disney, founder of Walt Disney World

“The greater the difficulty, the more the glory in surmounting it.” ― Epicurus, Greek philosopher

“You are your greatest asset. Put your time, effort and money into training.” — Tom Hopkins, sales leader

“I can say the willingness to get dirty has always defined us as a nation, and it’s a hallmark of hard work and a hallmark of fun, and dirt is not the enemy.” — Mike Rowe, actor, and producer

“Doing the best at this moment puts you in the best place for the next moment.”  — Oprah Winfrey, media mogul

“I’ve missed more than 9,000 shots in my career. I’ve lost almost 300 games. 26 times I’ve been trusted to take the game winning shot and missed. I’ve failed over and over and over again in my life and that is why I succeed.” — Michael Jordan, Black professional basketball player

“There is no royal flower-strewn path to success. And if there is, I have not found it, for whatever success I have attained has been the result of much hard work and many sleepless nights.” — Madam C.J. Walker, Black entrepreneur, philanthropist, and activist

“If something is important enough, even if the odds are against you, you should still do it.” — Elon Musk, CEO of SpaceX

“The fight is won or lost far away from witnesses — behind the lines, in the gym, and out there on the road, long before I dance under those lights.” — Muhammad Ali, Black professional boxer and activist

“We need to accept that we won’t always make the right decisions, that we’ll screw up royally sometimes – understanding that failure is not the opposite of success, it’s part of success.” — Arianna Huffington, author, and co-founder of The Huffington Post

“Our greatest weakness lies in giving up. The most certain way to succeed is always to try just one more time.” — Thomas Edison, inventor

“Start where you are. Use what you have. Do what you can.” — Arthur Ashe, tennis player

“Most of the important things in the world have been accomplished by people who have kept on trying when there seemed to be no hope at all.” — Dale Carnegie, author, and lecturer

“You’re not obligated to win. You’re obligated to keep trying to do the best you can every day.” — Marian Wright Edelman, Black activist for children’s rights

“Success is not final; failure is not fatal: It is the courage to continue that counts.” — Winston S. Churchill, former Prime Minister

“When you do more than you’ paid for, eventually you’ll be paid for more than you do.” — Zig Ziglar, author and motivational speaker

“The only place where success comes before work is in the dictionary.” — Vidal Sassoon, hairdressing business tycoon

“Develop success from failures. Discouragement and failure are two of the surest stepping stones to success.” — Dale Carnegie, author and lecturer

“There are no secrets to success. It is the result of preparation, hard work, and learning from failure.” — Colin Powell, first Black Secretary of State

“If you start thinking you are good at something, that’s often the day you stop trying to be better and open the back door for someone to come after you. That’s why we always aim higher. We never feel like we’re done.” — Drew Houston, co-founder and CEO of Dropbox

“Success is to be measured not so much by the position that one has reached in life as by the obstacles which he has overcome while trying to succeed.” — Booker T. Washington, Black author and educator

“He who would learn to fly one day must first learn to stand and walk and run and climb and dance; one cannot fly into flying.” — Nietzsche, philosopher

“Perseverance is not a long race; it is many short races one after the other.” — Walter Elliot, British politician

“A bend in the road is not the end of the road, unless you fail to make the turn.” — Helen Keller, author, disability rights advocate, political activist

“If people knew how hard I worked to get my mastery, it wouldn’t seem so wonderful after all.” — Michelangelo, sculptor and painter

“Success is the sum of small efforts, repeated day in and day out.” — Robert Collier, author

“It’s not that I’m so smart, it’s just that I stay with problems longer.” — Albert Einstein, physicist

“As I look back on my life, I realize that every time I thought I was being rejected from something good, I was actually being redirected to something better.” — Dr. Steve Maraboli, author and public speaker

“If you’re in a job that you hate, don’t be scared of seeking out something that might be riskier. Anything can turn into something with passion and hard work.” — Whitney Wolfe Herd, founder and CEO of Bumble

“Don’t run before you can crawl. It’s a very hard business, full of many, many extremely creative, talented people who work hard and still fail. If you have the basic building blocks behind you, you’re much more likely to do well.” — Anna Wintour, editor in chief of Vogue

“It’s so freeing, it’s beautiful in a way, to have a great failure, there’s nowhere to go but up.” — David Lynch, co-creater of Twin Peaks

“Without labor, nothing prospers.” — Sophocles

“Great companies are built in the office, with hard work put in by a team.” — Emily Chang

“If you love your work, you’ll be out there every day trying to do it the best you possibly can, and pretty soon everybody around will catch the passion from you – like a fever. ” —  Sam Walton

“The only difference between success and failure is the ability to take action.” — Alexander Graham Bell 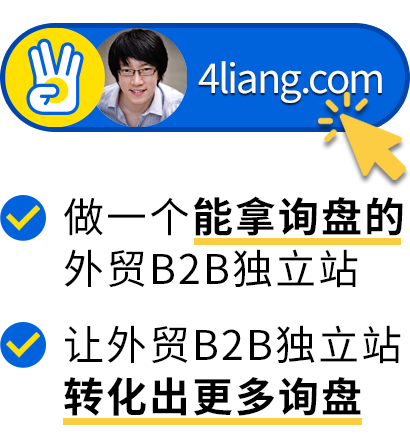